LONNIE HILL “GOLDEN ANNIVERSARY” ANNOUNCEMENT
2014 marks the GOLDEN ANNIVERSARY of  the music career of Lonnie Hill.   Lonnie’s “TRIBUTE” Golden Anniversary Commemorative CD with all of Lonnie’s greatest hits including “Galveston Bay”, “Could It Be Love”, and many more is now available. Congratulations to Lonnie, Sparkle, and the Hills Hideaway Band. The CD was  released on Sept 27th and can be  ordered by contacting Hills Hideaway Music at 720-339-3654. 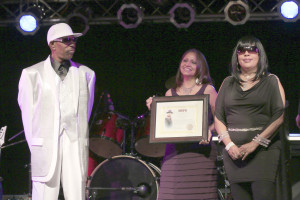 Lonnie Hill was born in Tyler, Texas and preceded his move into the Gospel world. After advancing in this endeavor, he met and performed with a multitude of famous artists such as the renowned Gospel Keynotes. 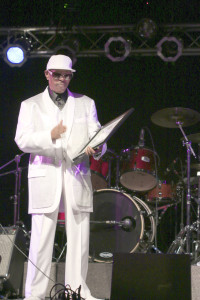 He also shared the stage with other well-known artists such as James Cleveland, the famous Staple Singers, The Mighty Clouds Of Joy and the multi-talented Stevie Wonder. Lonnie’s talents never seem to end, especially in the music industry where he has also performed with the fabulous Mr. Edward Hawkins and the talented Isaac Hayes. Later in his music career, Lonnie decided that he wanted to explore more than the Gospel industry. 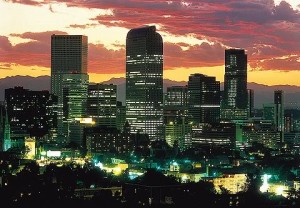 As he made the transition from Gospel to Rhythm and Blues, Lonnie released his first album entitled “You Got Me Running” with his hit singles “Galveston Bay” and  “Could It Be Love”. His singles were at the top of the charts for 6 weeks in England.

You Got Me Running’ for the Urban Sound label in the UK in 1986 by Virgin / 10 Records, and included the much acclaimed single ‘Galveston Bay’ (UK Top 75) and ‘Could It Be Love’. His singles were at the top of the charts for 6 weeks in England. The album also featured Philip Bailey on backing vocals. In the early nineties a festive 45 single by Lonnie Hill was handed out at Thanksgiving outside churches in his local town in a hope to raise awareness to the plight of the poor. The track was called ‘Cold Winter In The Ghetto’ and has become highly sought after.Lonnie Hill has worked with Chuck Pyle on ‘Drifter’s Wind’ (1991). Lonnie, also released a single entitled ‘Jeans On’ in 1992 on his own Hills Hideaway Music label..

The Latest release form Lonnie Hill- The Gospel in Me